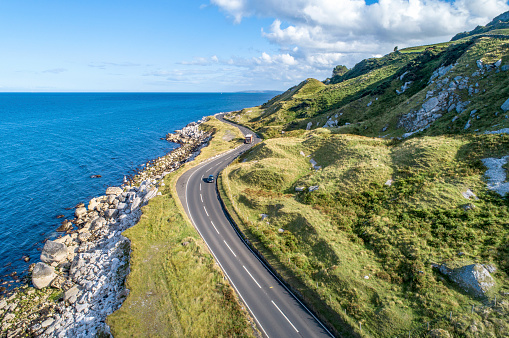 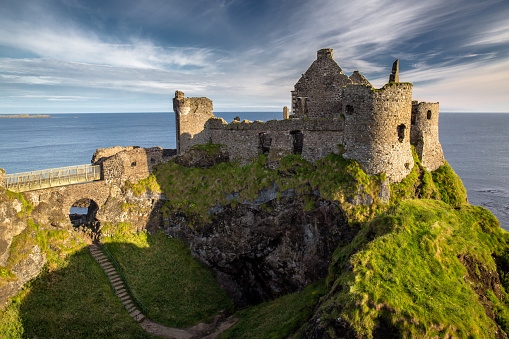 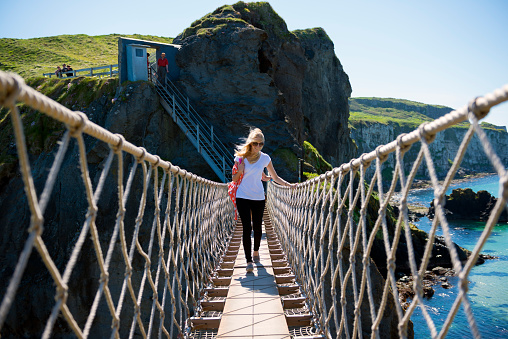 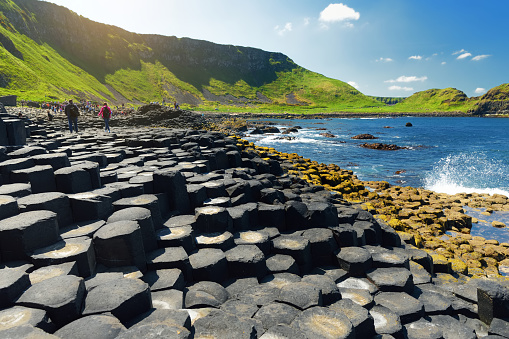 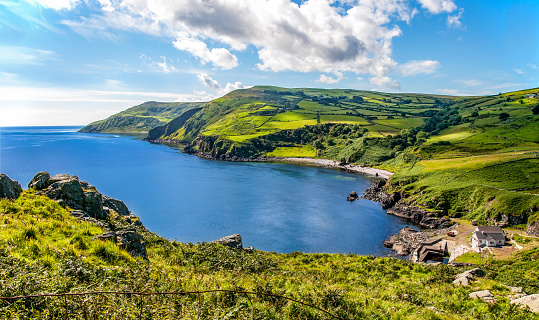 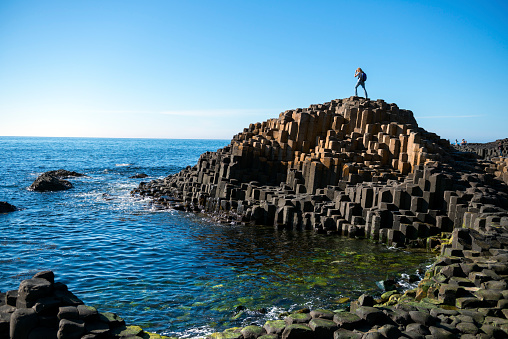 Giant's Causeway in A woman explores the 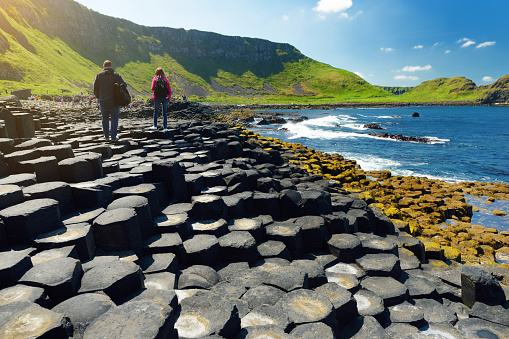 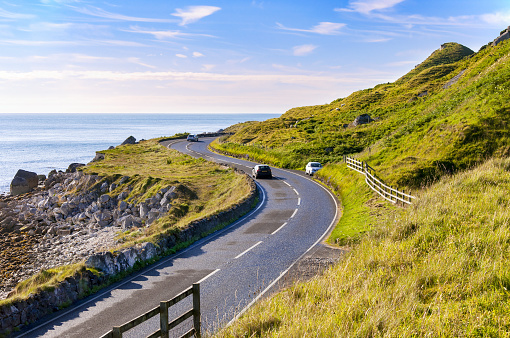 Antrim Coastal Road in The eastern coast of 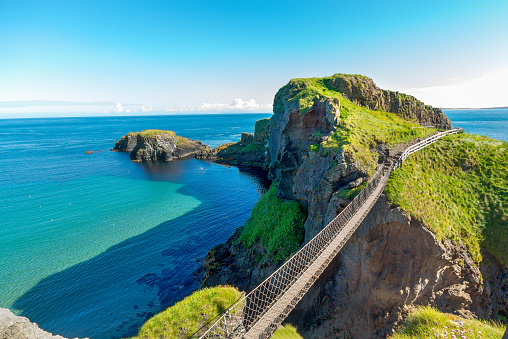 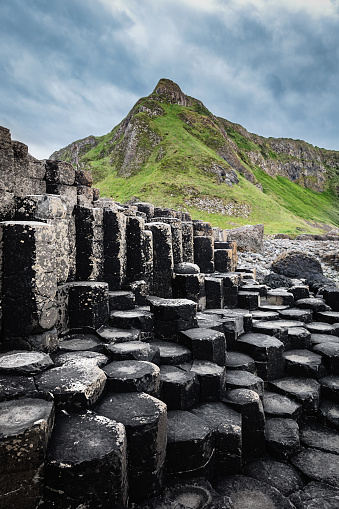 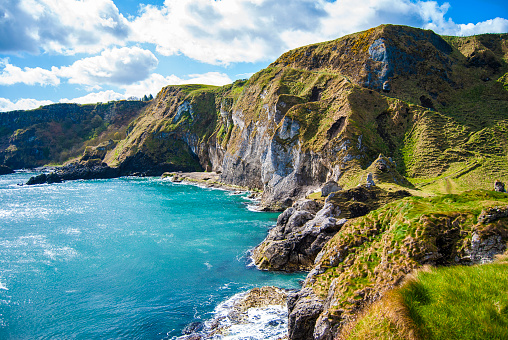 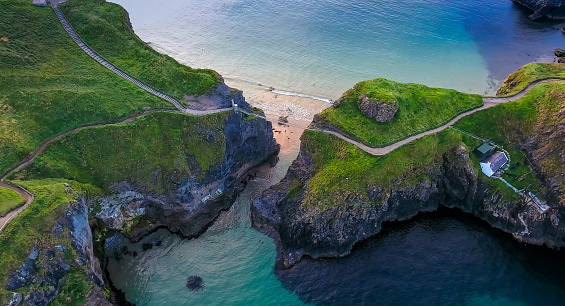 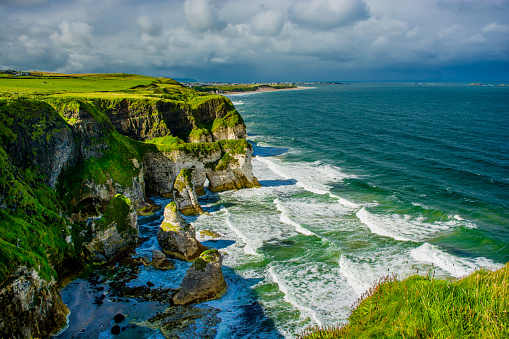 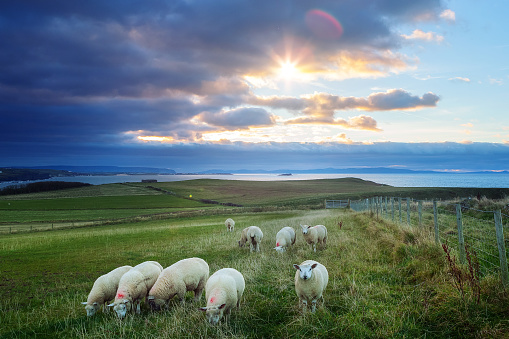 Sheeps in Ireland at Irish livestock 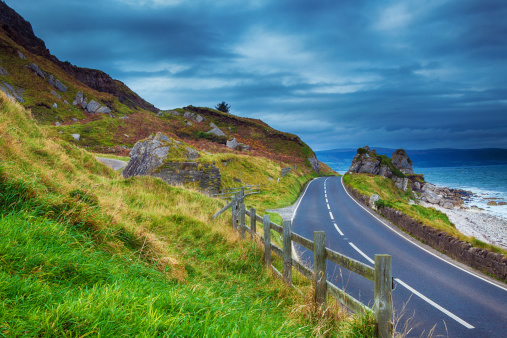 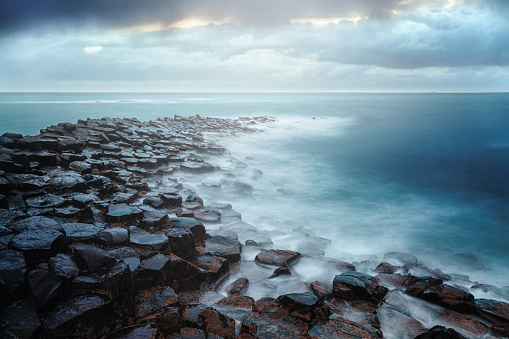 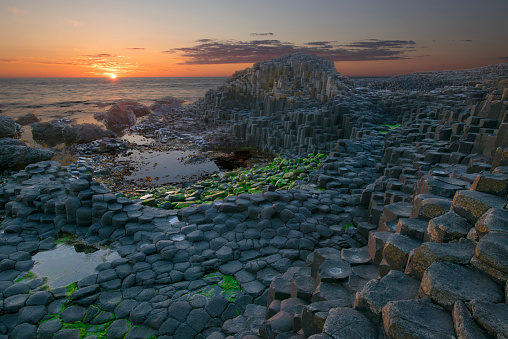 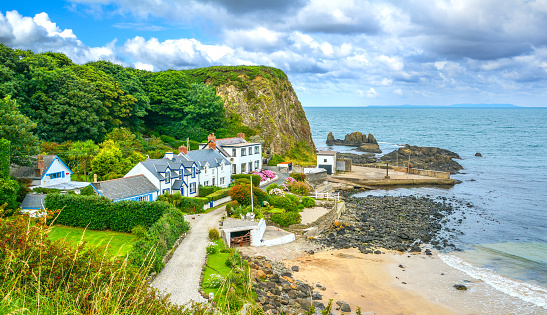 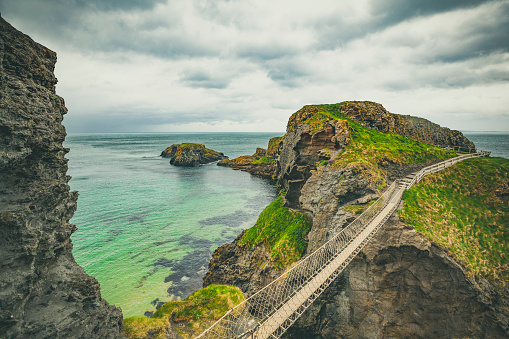 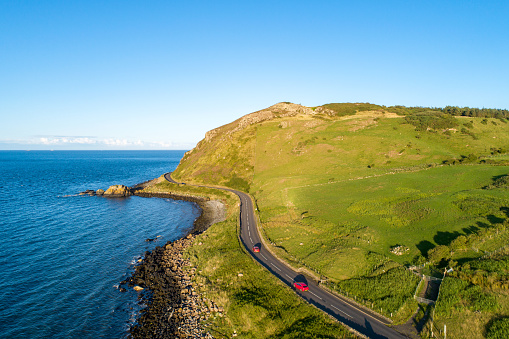 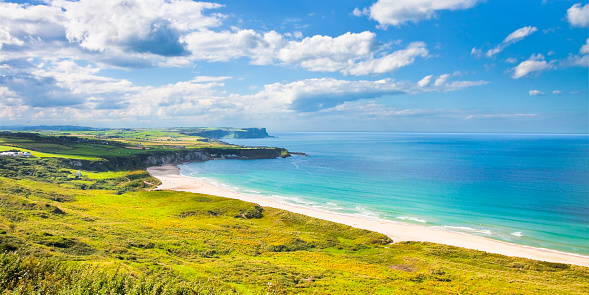 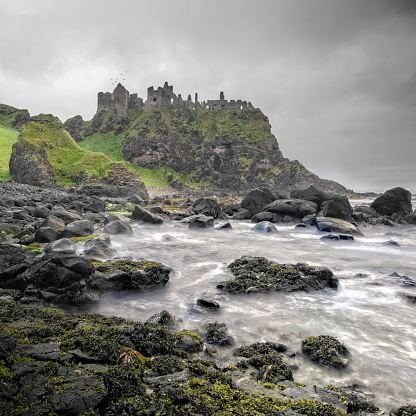 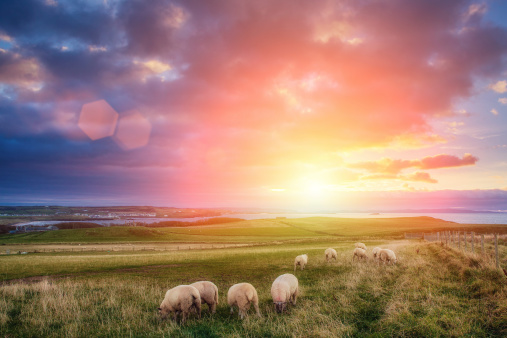 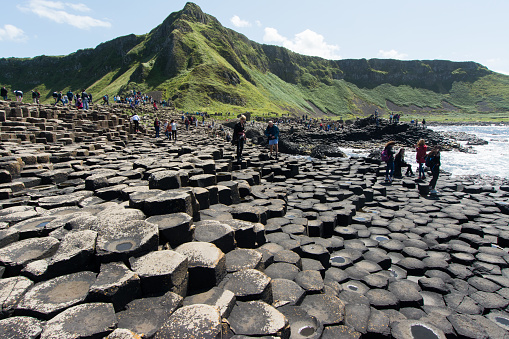 crowd of tourists to see Bushmills: crowd of 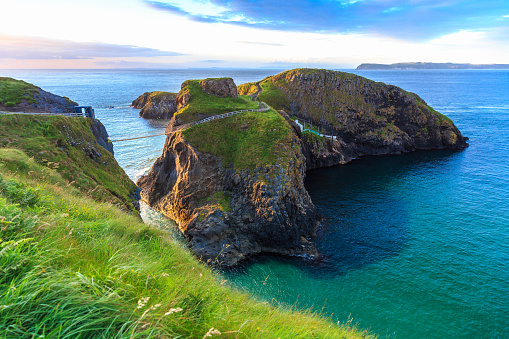